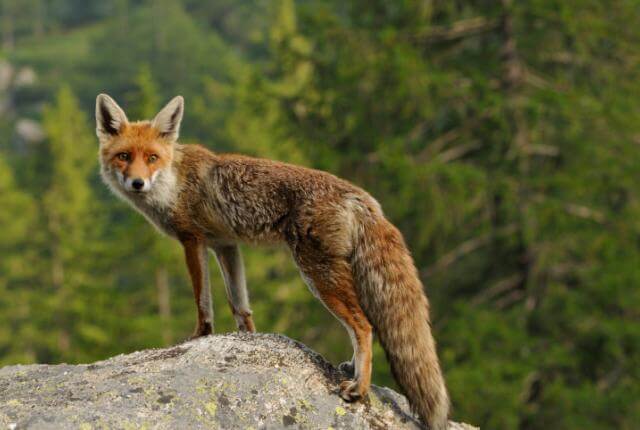 People often have mixed opinions about foxes especially when they move into more suburban areas. However we should always consider how adaptable they are and what they have to teach us.

Foxes are known for their agility, cunning, adaptability and sharp senses. In many stories they are depicted as the sly villain who will take advantage of others by tricking them. However in truth the fox really should be admired, as it is able to adapt to its environment in a bid to keep itself self-safe and protected. Always observing, listening and being aware of its surroundings so that it can quickly react to any given situation.

Within your own life consider how adaptable you are in situations. Are you using and developing your own senses, to their full potential?

Could you be attracting too much negative attention to yourself? Do you need to be more discreet like the Fox, quietly sitting back and observing before you take any action?

Take time to access situations as they happen. Foxes will often get around obstacles instead of confronting them head on. Could this be a better approach for you?

Another way of interpreting the Foxes message could be to consider how the Fox can be perceived. A trickster, sly and cunning….

Consider have you become too blinkered to your environment, forgetting to stay alert and to listen?

Do you need to reassess and tap into your senses, sharpening up your physical and mental responses? To keep yourself safe and healthy.

Could something not be as it seems?

The Fox and the King
By Paulo Coelho

The animals decided that the king of the group would be elected by the best dancer. At the end of a big feast, the monkey was crowned king.

The jealous fox went for a walk around the neighbourhood. There he discovered a trap intact with food inside it. He swiftly picked it up and brought it to the group:

“I found this banquet and felt that I had to bring it to our king, who shall have priority in all things.”

In all innocence, the monkey stretched out his paw to get the food, and was caught in the trap.

“You betrayed me!” he shouted.

“What do you mean? I did not even try to take the food! But at least we have seen that you are not fit for the position; an intelligent animal would never make a decision without first thinking a lot about all the possibilities and dangers involved.