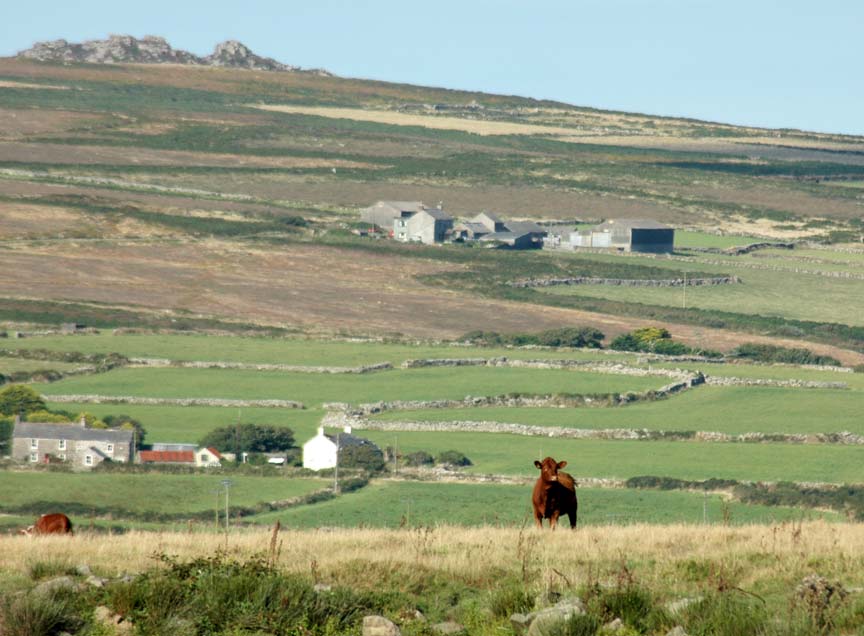 Friday afternoon
I lurched through the country lanes of furthest Cornwall, hoping to get to the farmhouse without needing to ask for help, of the Divine or human kind. By a combination of luck and following the written instructions, I arrived (my sat nav failed miserably, just like everyone’s phones – no signal!) The house was very impressive, and I didn’t even get as far as knocking – instead I was met by Lynn, who was just coming out to the cars with Chrissy. She called “Hello Jane!” and I felt so welcome, especially after a huge hug. We’d spoken before but never met, though I felt I knew Lynn already as she’s so warm and vibrant.

In total there were 6 of us on the retreat – Sian and Zoe were already there too, and Caroline and Jo arrived later. Jo was accompanied by Walter her adorable toy poodle, I think he’s written his own version of the weekend. Everyone was happy to be there and whether they’d experienced a “Lynn weekend” before or not, they were open to whatever we were going to learn together.

The evening passed with putting the world to rights, everyone “blending their energy” as Lynn put it, and healing in a subtle way just by being together. We enjoyed a meal prepared by Chrissy and shared at the big kitchen table. Lynn’s hubby Pete was there too, a brave man among 7 females.

Saturday
There was no rushing or pressure as we had a 10:30 start planned. Before this, some people went for a wander, others took photos or pottered, I had breakfast and got ready in a leisurely way. We met in the lounge and Lynn did a guided meditation which was powerful and healing. Some people shared where they’d gone and what they’d seen. A couple of the group had not meditated before but were reassured that they would benefit from the exercise even if they didn’t see as much or travel as far as they hoped.

After an early lunch we went off to the beach to do some walking in the fresh air. At the water’s edge we wrote things in the sand that we’d like to release, such as FEAR, then watched exhilarated as the sea washed them away. Lynn said this was one of the simplest forms of magic so we set our intentions and let the old negative stuff go.

In the afternoon there was more discussion of anything and everything spiritual. I did a demonstration of EFT (Emotional Freedom Technique) to show the others how it works and try to help Caroline with a sinus problem. Readings were swapped using ribbons, cards and intuition. We all encouraged and supported each other and healed through laughter and tears. Chrissy kindly cooked again that evening and it really felt so comfortable to be there together, gossiping and discussing ideas and beliefs. It may have been the sea air, the wine or the spiritual work but most people went to bed early, exhausted by the day and happy to drift off to sleep well before midnight.

Sunday
Again, breakfast was relaxed and everyone helped themselves from a wide selection of food and drinks. We started the day with another guided meditation and by now everyone was able to zoom up into the clouds and meet helpers and loved ones, bringing back a message or gift or both. The morning went fast, and there was another trip to the beach to blow off the cobwebs, pick up shells and even look for wood to make into magic wands. After a buffet lunch prepared by Lynn, Sian had to leave so everyone wished her a safe journey and hoped she’d received plenty of healing.

We settled down in the lounge again to do our own version of platform readings, picking up messages, names and images of departed ones from spirit. When people were unsure about their capability to do this, Lynn boosted their energy by standing up with them. As it was Mother’s Day there were especially significant messages and my own Mum even told Lynn to give me one of the deep pink camellias that were in a vase on a side table. Very moving!

More readings and sharing followed and the day flew. Lynn cooked the farewell dinner that evening and we all enjoyed it hugely. There was lots of laughing and singing, even an idea for a TV show “Cooking in the Cauldron” – I hope Caroline is making progress with pitching it!

Monday
It was poignant to be leaving – we all assembled for breakfast as and when it suited us and there were still last-minute readings going on. No-one really wanted to leave but we knew that we had to go back into the “real world” again. Photos were taken, hugs were exchanged and plans were made to meet again. Then we forced ourselves back into our cars and negotiated those confusing country lanes again back to the everyday world we’d left behind just 3 short days before.

Thanks to Lynn and everyone there for making it such a special weekend.