The Festival of Yule

Home » Walking a Wiccan Path » The Festival of Yule 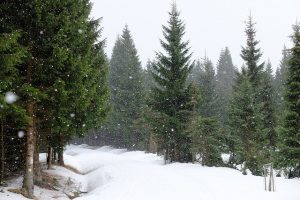 The Winter Solstice was actually celebrated long before, Christmas was in Britain. Held on the shortest day of the year – which in 2017 will be the 21st December. Pagans would look to the future, the return of the Sun and the rebirth of nature.

Many pagan festivals are centred on the Sun and the wheel of the changing seasons. This was because our ancestors were hunter, gatherers relying on nature to provide them with the food, warmth and the materials need to make shelters. The returning Sun would bring with it new life and so prosperity and easier times for these communities. 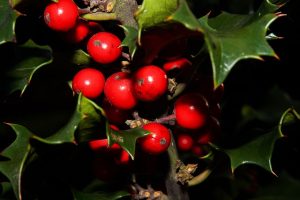 During the Winter Solstice the Druids – Celtic priests, would visit the large sacred oak trees and cut down the mistletoe which grew on it. The mistletoe represented life itself and would be given as a blessing to people. They would then hang it outside of their homes, as protection from the darkness.

The Druids also would use the Yule Log as a symbol for these celebrations. They believed that in the middle of winter the Sun would stand still. They would continue to burn the Yule log during this time to keep the darkness at bay. Keeping faith that the Sun would again return to them. The ashes of the log would be kept in pouches to protect the home or used to scatter into the newly sown crops in the spring.

This celebration of thanks and hope for the future is one that is continue today, in various different forms.

Snowflakes are falling around me,
Leaving it white wherever I see.
Each Flake is different to the last,
Although reminds me of Christmas past.
As a robin in the pine tree sings,
To remind us what the solstice brings.
Light the candles red and green,
To remember this year that has been.
Bring in the holly and the ivy,
And the bag of presents so heavy.
Three cheers to renewal and rebirth,
As I bow to thee our mother earth