Home » Beneath the Willow Tree » Why Pumpkins?

As Halloween and other Autumn Celebrations approach we will begin to see the shops a wash with pumpkins. 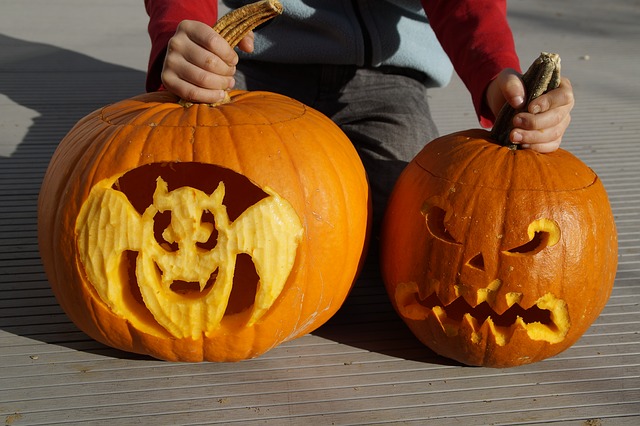 The practice of carving Lanterns originally began in Ireland where by Ancient Celtic cultures would carve turnips. These would be used on All Hallows Eve, and various other festivals.

The turnips would have a face carved into them and an ember would be put inside. The Jack O’Lantern as they are called, would then be displayed outside of homes or carried around the boarders of the village in a bid to ward off evil spirits.

This tradition was then taken to America by Irish immigrants.

Here they found Pumpkins which they began to use – a native fruit- which was actually larger and easier to carve.