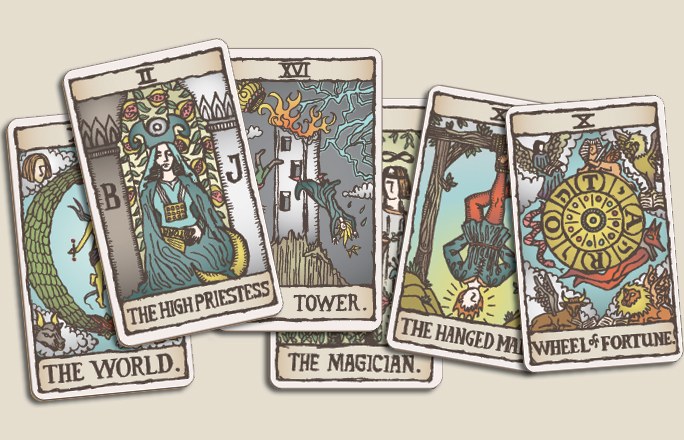 A Tarot card deck consists of 78 cards in total. There are 22 Major Arcana these each have their own meanings. They represent the areas of significant change within our lives and the spiritual lessons that we need to learn. There are also 56 Minor Arcana cards. These represent the day to day aspects of our lives and support the meaning of the Major Arcana cards during a reading.

Within the Minor Arcana there are four suites, these are the Swords, Wands, Cups and Pentacles each suite contains 14 cards. Briefly Swords can indicate moral issues and conflict. Wands are in relation to activity, jobs and ambition. Pentacles reflect our security, finances, and the material aspects of life and finally Cups hold insight into relationships and emotions.

Each suit has cards numbered 1 -10 and also include a Page, Knight, Queen and King.

Reading the Tarot is highly intuitive with the cards being used as a guide, to look at the potential outcomes and influences that surround those outcomes. When choosing a deck of cards, make sure that you can relate to and feel comfortable with them. 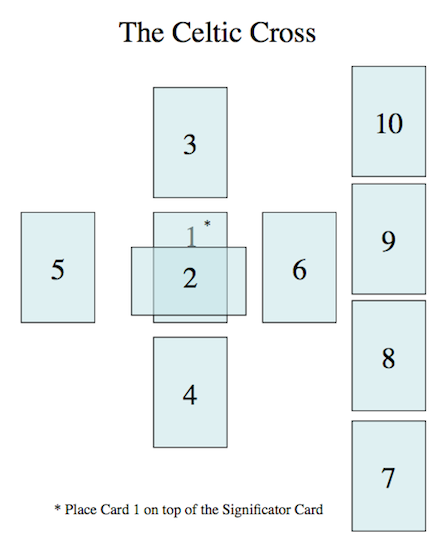 One of the most common spreads is the Celtic Cross. This is made up of ten cards which can look at the past, present and future and influences around those. Before laying out the cards it is important that the person who is having the reading shuffles them. However they must do this quietly allowing their energy to flow into the cards while thinking about the question they want to ask or the area they need clarification on.

Initially a good way to become familiar with the deck, and its meaning, is to start by using the Major Arcana cards. Discover what they mean to you, by holding them and feeling their message.