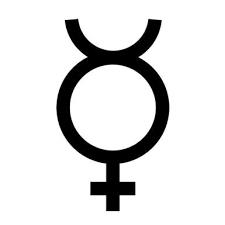 Mercury is the smallest planet in the Solar System and the closest to the Sun. Mercury is the ruling planet of both Gemini and Virgo and, apart from Venus, it is the only planet which rules two zodiac signs. In Astrology Mercury is associated with communication and movement. 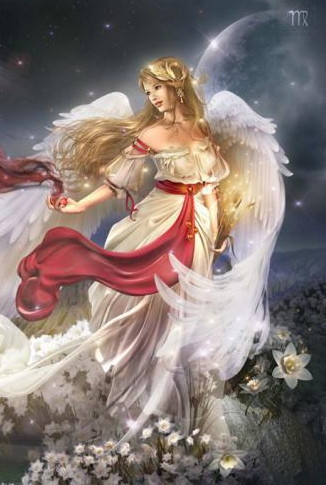 Mythology:
Mercury is named after the Roman God of messages and communication. In Greek mythology he is referred to as the God Hermes and is the son of Maia and Zeus (Jupiter).

Mercury has several roles in mythology. He is the messenger of the Gods, the Magician, the Craftsman, the thief, the God of boundaries, commerce, merchants, words and language.

“Messenger of the Gods” 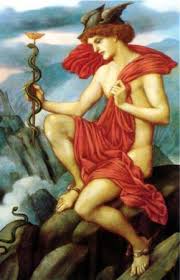 Mercury was used as a personal messenger by all the gods. He served as a go between just as Mercury in our charts represents communication, travel and exchange of information and ideas. Mercury crossed borders to deliver the messages which were sent from one God to another, from a God to a mortal and from one mortal to another.

MERCURY IN THE BIRTH CHART
Mercury’s placement in our birth chart describes the way in which we think, learn, perceive and coordinate. It will reveal how we communicate, exchange ideas and gather and analyse information. Mercury’s position will describe our early learning experiences as a child. It will indicate how we get along with relatives, neighbours and co-workers. It will highlight the things we focus on most in life.

MERCURY TRANSITS
Mercury transits to our natal planets are very brief due to the speed Mercury orbits the Sun. Transits to points in the natal chart last approximately one day. When Mercury forms an angle to our natal planets it attempts to bring clarity, objectivity and focused thinking to the area of our life touched by the transit.

MERCURY RETROGRADE
The retrograde motion of any planet is an illusion from our viewing point on earth; none of the planets actually change direction and travel backwards. This occurs because Earth is orbiting the Sun at a different speed to the other planets.
Mercury turns retrograde more than any of the other planets. This happens 3 or 4 times per year and lasts for approximately three weeks.
During the retrograde period all of the areas of life over which Mercury has rulership are affected. Delays and challenges are likely at this time. It is advisable to avoid making any important decisions during the retrograde period and also to defer the signing of contracts or making travel arrangements until Mercury moves direct again. Starting anything new may encounter delays and obstacles from the outset.
It is also advisable to postpone purchases associated with transport or communication e.g. Car, TV or computer, until Mercury is direct.

RETROGRADE – from the Latin ‘retrogradus’ meaning ‘going backwards’
The Mercury retrograde period is a time for going over old ground. It is an excellent time for revising, re-writing, re-organising, re-thinking, re-designing and re-visiting. In other words use the retrograde period to improve and perfect what you have already achieved and take advantage of taking another look at things with greater depth. This is also a good time for reconnecting with old friends and relatives and obtaining closure in certain situations. 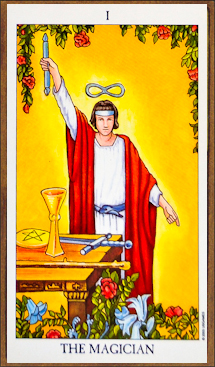 TAROT
Mercury is associated in the tarot deck with the Magician.

Like Mercury the Magician acts as a bridge between the Spirit World and our physical world. His right hand is holding a staff which he points to the sky and his left hand points to the earth as if to demonstrate “as above, so below”.

The Magician has the four tarot suits laid out on his magical table representative of the four elements fire, air, water and earth. He is showing us the resources we have available to us in order to shape our own destiny using our personal alchemy of power of thought. For our thoughts and perceptions have the power to transform us.