Throughout the world people will often use charms, to attract or protect against various energies. There are many different types of symbols and materials used and these will often be referred to as one of the following…

We often see charms and symbols being used, but do not know the meaning behind them. The material they are made out of can be symbolic too, drawing on the natural properties of the material.

Here are a few examples-

Nordic rune stones initially were part of a written alphabet system, they were also used for divination purposes. Particular runes can also be worn to aid success and as protection two examples are: 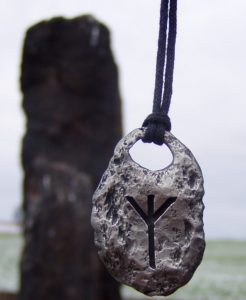 Algiz – This is a powerful protection rune, it symbolises reaching for the divine. 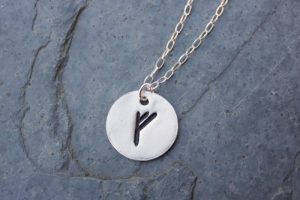 Fehu – This is a rune that signals new beginnings and luck.

The Shamrock is a well known symbol from Ireland. Thought to be used by St Patrick to show the holy trinity. The three leaves represented the Father, Son and Holy Spirit or Faith, Hope and Love. A four leafed clover is a rare variation of this and so the fourth leaf is considered to be lucky. 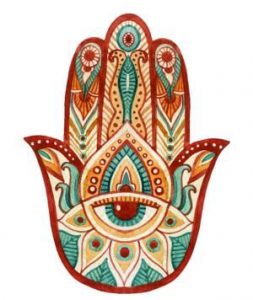 In the Middle East a common talisman used as protection is the Hamsa Hand it is used in both Jewish and Muslim communities. The Hamsa Hand is also referred to by various other names. The symbol is of an open palm with the all Seeing Eye in the centre. Sometimes fish can be used to decorate the palm as they are said to be immune from the evil eye stare, as they live in the water and so cannot be seen. 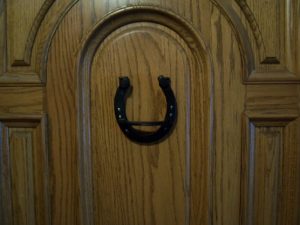 The Horseshoe is a lucky charm associated with folklore initially used to warn of bad spirits. Horse shoes would be hung above the front door of a home to bring good luck…some people say that the shoe should be pointed with the ends up – to catch the luck and hold on to it. Others feel it should point down so the luck pours out over the home. 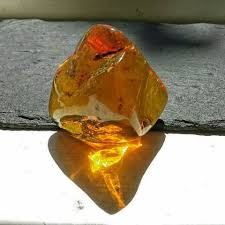 Gems stones are often used to attract or protect against certain energies for example Amber is used to create balance and protects against negative influences. When trying to attract love and friendship the use of Lapis Lazuli can be helpful. Onyx can also be worn to defend against the Evil Eye and attract strength. There are many different gems which can be used depending on your own requirements and can be worn or used around the home. 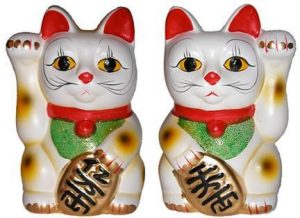 The Maneki-neko or beckoning cat is used in Japan and China to bring good luck to its owner, it can be seen displayed in many businesses. The origins of this good luck charm are said to be from folktales about a starving cat which was taken in by an impoverished owner of a shop. The owner could barely feed himself, so in gratitude the cat stayed outside the shop beckoning in customers. People began to hear about the cat and would come to see it. Helping the shop to became prosperous once again.